Thanks for your feedback, this will help us improve our content for you!

Thank for your feedback, this will help us improve our content for you!

Samik Basu, MD, Cabaletta Bio, Philadelphia, PA, talks on the differences between chimeric autoantibody receptor (CAAR) T-cells and chimeric antigen receptor (CAR) T-cells. Unlike CD19-targeted CAR T-cells which target and kill all CD19-positive B-cells, CAAR T-cells selectively eliminate memory B-cells that give rise to plasma cells generating autoantibodies. Whilst the intracellular portion of CAAR T-cells and CAR T-cells are similar, the extracellular portion of the CAAR T-cell contains a portion of the protein targeted by the autoantibody. Dr Basu additionally outlines the design and early results of the Phase I, dose-escalation DesCAARTes trial (NCT04422912) investigating the maximum tolerated dose of DSG3-CAART, an autologous desmoglein 3 (DSG3) CAAR T-cell, in patients with mucosal-dominant pemphigus vulgaris (mPV). DSG3-CAART appears safe and a dose-dependent increase in CAAR T-cell persistence was observed within the first 29 days after infusion. This interview took place at Advanced Therapies Week 2022.

Samik Basu, MD is an employee of Cabaletta Bio. 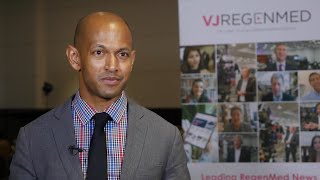 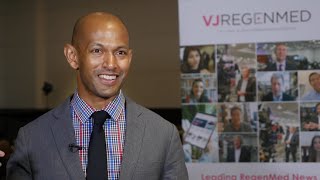